There are a length of reasons an athlete may be backstage at a WWE or wrestling show in general, but that didn’t stop social media being ablaze with speculation when users on Twitter started posting videos showcasing a certain NJPW superstar walking around backstage at ‘Raw.’

There has been much speculation in the past 24 hours as to why IWGP Heavyweight Champion Kazuchika Okada was backstage at ‘Raw,’ but Okada himself has confirmed why he was there.

The match above features former WWE Champion AJ Styles competing against Kazuchika Okada in a fan favorite match-up, with Styles playing the role of the heel in NJPW as part of the Bullet Club.

Okada tweeted out a photo of him and ‘Smackdown Live’ superstar and NJPW alumni Shinsuke Nakamura, revealing that he was at ‘Raw’ to catch up with his friend as he and many other NJPW stars are in America for the G1 Climax Special.

This should qualm any rumors of him signing a contract. If you were in any doubt, his contract with New Japan Pro Wrestling supposedly has years left, so it is unlikely even if Okada wanted to that you’d see him in a WWE ring any time soon.

This was interesting, but something that needed to be said with all the speculation we’ve seen in the past day. Okada is Champion with NJPW, it is unlikely we’d see him in a WWE ring any time soon.

Would you like to see Okada in WWE? What dream matches can you name involving him? Let us know in the comments below or over on our Facebook page or Twitter account. Additionally, you can find me on Twitter at @SOSNH1995. We also want to remind you that we have a Newsletter you can sign up to. This will allow us to send you the best news in one place via an email. We also have the Wrestling Rumors app that we encourage you all to download to get updates faster than they release on our various pages. It is available on Android and iOS devices. 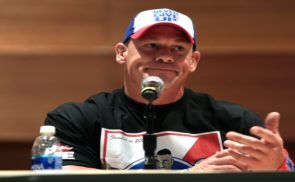 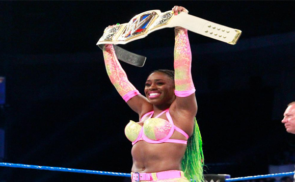