Jeff Hardy was drafted to SmackDown Live last year and has been a key player since. The recent return of his brother Matt surprised the WWE Universe and revitalized both stars.

In the video below, The Hardy Boyz take on The Bar (Sheamus & Cesaro) in a recent match from SmackDown Live. Could this be a sign of what the Hardy Boyz will be doing this year? 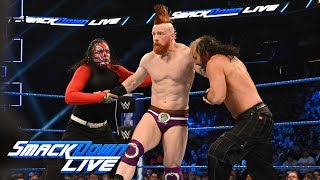 With WrestleMania 35 just around the corner, Hardy is eager to be involved in the show. In an interview with The Five Count, Hardy gave an insight into what he believes he’ll be doing this WrestleMania season.

According to the veteran star, he has a strong feeling he and his brother will be taking on The Usos at WrestleMania. The match would likely be for the WWE SmackDown Tag Team Championship. This would also mean The Usos would be successful at Fastlane this weekend.

“I have got a really strong feeling about The Hardy Boys reuniting, with us against The Usos at Mania. I’m feeling that pretty big, [but] we’ll see.”

On the two reuniting, Hardy said that he’d like to have the team use his “No More Words” theme song. Despite this, he is still happy with the return of the team and the ability for the two of them to work together or as singles stars.

“It’s always good to reunite with my brother, Matt. If I could change anything, I would have my original theme song from ’08-’09, No More Words, to where that Hardy Boys theme song would be way more special.”

“For example, [last] week on SmackDown, it would have been so cool, but it is what it is.”

“So yeah, it’s always cool to reunite with Matt, and it’s cool how we can go our separate ways and be successful.”

I would love to see this match. SAniTy would be another team I’d like to see. Have no idea what the likelihood of that is, though.

While you’re here, feel free to read about what Mandy Rose had to say after Asuka suffered an injury during their live event match. Read that here. 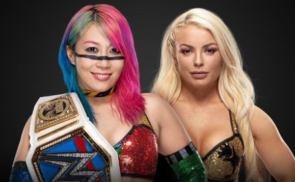 Mandy Rose Comments on Asuka’s Injury Ahead of Fastlane