WWE.com has announced that NXT Women’s Champion Asuka has suffered an injury at NXT: ‘TakeOver Brooklyn III’ in her match against Ember Moon.

Asuka has reportedly not medically cleared after she broke her collarbone. According to Dr. Jeffrey Westerfield who evaluated The Empress of Tomorrow, an injury of this nature typically takes 6-8 weeks for recovery.

WWE would release the following explanation on their website:

“Due to the injury, The Empress of Tomorrow is not medically cleared to compete, and no official timetable has been given for her return. The typical recovery time for a broken collarbone is 6-8 weeks, according to ringside physician Dr. Jeffrey Westerfield, who tended to Asuka in Brooklyn.

“During the match, she landed awkwardly from a throw from Ember Moon and was able to complete the match, but had notable pain and discomfort,” Dr. Westerfield said. “We performed an initial ultrasound backstage that was highly suspicious of a break that was later confirmed by an X-ray.”

News of the injury comes as Asuka approaches the 507-day mark of her historic NXT Women’s Title reign. She has yet to be defeated in NXT since debuting in October 2015.”

It is unknown whether Asuka will be forced to relinquish the NXT Women’s Championship at this time, though we at Wrestling Rumors will continue to update you on this situation as it develops.

This is so sad… A part of me hopes this is due to her making a surprise appearance on the Main Roster without ever being defeated, but I’d rather her streak end before she leaves NXT. I doubt with the taping system NXT uses that she will be forced to vacate the title, though this doesn’t look good for her.

What are your thoughts on this? Was Asuka or Moon your pick to win? Let us know in the comments below or over on our Facebook page or Twitter account. Additionally, you can find me on Twitter at @SOSNH1995. We also want to remind you that we have a Newsletter you can sign up to. This will allow us to send you the best news in one place via an email. We also have the Wrestling Rumors app that we encourage you all to download to get updates faster than they release on our various pages. It is available on Android and iOS devices. 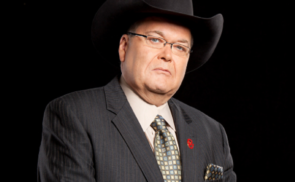 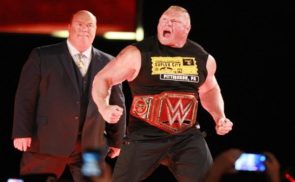