Everybody loves tournaments, but this may be one of the most unique of all.

WWE announced today that they are launching a new “Mixed Match Challenge,” that will stream live in the United States, exclusively on Facebook, on Tuesday nights, beginning on January 16 at 10 p.m. ET/ 7 p.m. PT.

The 12-episode series will air on Facebook Watch and feature WWE Superstars from both the Raw and SmackDown LIVE rosters competing in a single-elimination mixed tag-team tournament to win $100,000 to support the charity of their choice.

Each 20-minute episode will reflect a progressive approach to production, with elements optimized for mobile consumption, experimentation and social interaction, including the ability for the WWE Universe to engage with Superstars during the show. In addition, fans will have the opportunity to select matchups, match stipulations and more, on Facebook.

You can see the promotional video below: 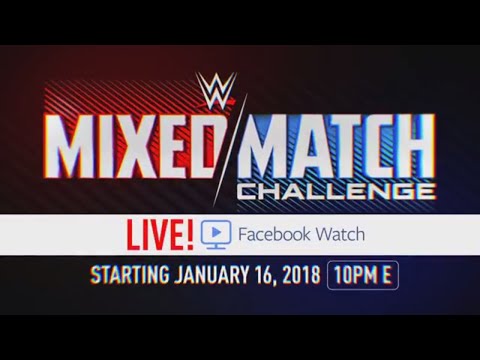 More from the article:

“As we continue to expand our strategic partnership with Facebook, this new series, Mixed Match Challenge, jointly reflects our innovative approach to content distribution and fan engagement,” said Michelle Wilson, WWE Chief Revenue & Marketing Officer. “This show will deliver the action and excitement our passionate fan base is accustomed to while offering new production elements and social experiences that only Facebook can provide.”

“As a leader in entertainment innovation, WWE is an ideal partner to demonstrate how the live sports viewing experience can be reimagined on Facebook Watch,” said Dan Reed, Facebook Head of Global Sports Partnerships. “Mixed Match Challenge is a new competition produced specifically to take advantage of the reach, interaction and ongoing engagement enabled by our platform. Fans will be able to directly influence and interact with the in-ring action, follow the rivalries and storylines in between events, and connect with one another as the drama unfolds. We’re excited for the WWE community to come together on our platform to watch some of the biggest Raw and SmackDown Live Superstars and engage with WWE like never before.”

“Mixed Match Challenge demonstrates WWE’s flexibility in creating and producing compelling content across platforms in a media landscape that is evolving each day,” said Jayar Donlan, WWE Executive Vice President, Digital & Social Content. “The social interaction leading up to and during each show will connect WWE Superstars with our massive fan base on Facebook in more ways than ever before.”

But who will participate in the tournament?  WWE answered that for us too, emphasizing that it will feature “Raw” vs. “Smackdown Live” matches:

Mixed Match Challenge is a Raw vs. SmackDown LIVE tournament where male and female Superstars team up to determine which combination of strength, skill, athleticism and experience reigns supreme.

Fans will have the opportunity to vote on Facebook for the final competitor from the Raw roster, as well as which tag team member of The New Day will be added to the SmackDown LIVE roster. Teams will be announced beginning Thursday, Jan. 4.

You can check out the official Facebook page for the tournament here.

This is an interesting concept, and I am very intrigued! Social media interaction is key to staying relevant in today’s world, and WWE is continuing to push the envelope in new and innovative ways. 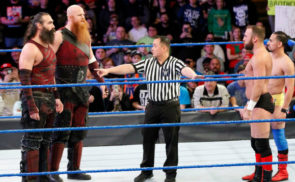