Oh happy days. Tonight on WrestleMania Smackdown, WWE held the annual Andre The Giant Memorial Battle Royal in honor of one of the most remarkable big men of all time. But who was the winner of this year’s prestigious trophy?

Madcap Moss outlasted the remainder of the field to become the Andre The Giant Memorial Battle Royal winner this year. You can see a clip of the action below: 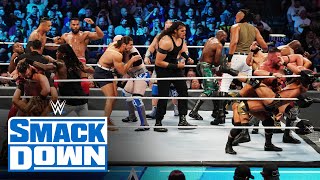 After the match, Moss put himself over and told one of his traditional jokes. Later in the show, he was the special guest on Happy Talk with Happy Corbin. Eventually, Drew McIntyre came out, knocked down Moss with one punch, and chased Corbin out of the ring to end the show.

This was somewhat unexpected for me, but I am extremely happy for Moss! He’s done the best he could with the gimmick he was given and has made more out of it than I think anybody thought he would. This indicates that he could potentially have an excellent 2022, and he deserves it! Congratulations on this honor; I hope it leads to great things throughout the year!

“GET EXCLUSIVE UPDATES! Click here to sign up for the exclusive Wrestling Rumors daily newsletter, delivered right to your inbox.” 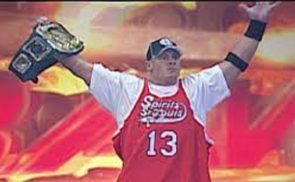