The following are spoilers for the February 18, 2022 edition of Smackdown, which was taped in New Orleans this evening. This is because WWE superstars and crew will be heading to Saudi Arabia next Friday to prepare for the Elimination Chamber premium live event the next day.

* The face-off between WWE Universal Champion Roman Reigns and WWE Hall of Famer Bill Goldberg opened the episode. This was basic trash talking between the two, not a long segment at all, and no fighting. Goldberg came out to his longer entrance from his dressing room, with pyro and all. 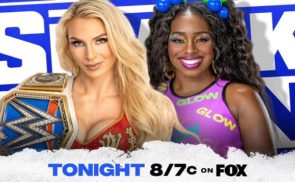 WRESTLING RUMORS: WWE Has Its Eye On Another AEW Star