That’s a good reason. There are a lot of people who help the wrestlers make a WWE show that much better. While the people in the ring have a lot to do with the strength of a show, the people backstage work rather hard to make a show work. The producers do a lot to make the show work, but one of them has been missing backstage. It turns out that it isn’t for the worst reason.

Earlier this month, reports surfaced that several women did not want to work in the women’s Royal Rumble because TJ Wilson, better known as Tyson Kidd, was not working as a producer on the show. This was reportedly due to Wilson being unhappy with how things had been going in the company, but that does not seem to be the case. According to the Wrestling Observer Newsletter, Wilson is on good terms with WWE and is taking time off to allow his neck to heal. Wilson’s neck injury caused the end of his in-ring career and led to him being offered the producer job in WWE.

Opinion: That is nice to hear, as Wilson seems to have done some very good things for WWE. It would be a shame to see him unhappy and not working as a result, but this is a rather different reason. Hopefully his neck heals up well and he can get back to what he can do so well. I doubt he is ever able to get back in the ring, but any improved health is better than nothing.

What do you think of Wilson? Who would make a good WWE producer? Let us know in the comments below. 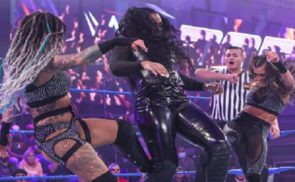 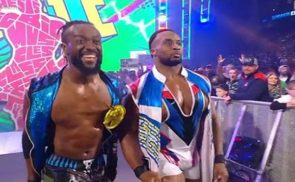