Welcome home. There are a lot of wrestlers throughout the history of the industry, but some of their names stand out over the others. That is certainly the case with some wrestling families, as certain families carry a lot of weight in the wrestling world. Sometimes you might not have known about them during their time in the ring, but the truth comes out later. Now things are coming a bit more full circle.

According to the Daily Item (Sunbury, Pennsylvania), WWE Hall of Famer Samu has signed a new “nostalgia” contract with WWE. While not confirmed, this appears to be a Legends deal, meaning that WWE will produce Samu merchandise and have Samu make various appearances. Samu is part of the Anoa’i Family, best known for his time as part of the Wild Samoans. He is also the father of Universal Champion Roman Reigns.

Opinion: This is something rather cool for Samu, who is indeed a legend in WWE’s history. He and Afa were one of the more dominant tag teams the company has ever had and it is great to see one of them back in the fold. I’m not sure how this has not taken place before and it is probably something that will make Reigns happy as well. If nothing else, more Wild Samoans is always a good thing.

Who is your favorite tag team? What is the most successful wrestling family? Let us know in the comments below.

Thank You: WWE Star Does Something Very Nice For Fans 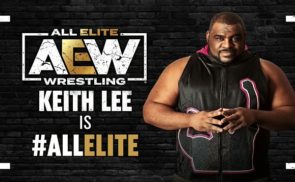