It was a moment. The WWE Draft offered quite a few changes to WWE but the biggest was the New Day being split up. After being a trio for over six years, it was finally time to wrap things up for good. That is quite the moment and it is no surprise that everyone involved in the team is emotional about the team being broken up. Now we have a better idea of how big a deal it really is.

This week’s SmackDown featured New Day’s final match as a team as the three combined to defeat Cesaro, Shinsuke Nakamura and Sheamus. Before the match, the three of them spoke about what the team meant to them over the years, both to their careers and personal lives. That was quite the emotional scene but it was not the only one during the night.

That’s some emotion. Check out what the team had to say later in the night:

WWE has released a new video from after SmackDown, featuring the three members of New Day talking about what it means for their time together to be over. The three all talk about how much their time together meant to them and how emotional they are now that the time is coming to an end. In the Draft, Kofi Kingston and Xavier Woods were sent to Monday Night Raw while Big E. will stay on SmackDown.

Opinion: The announcement of the team being split up was somewhat hard to sit through and that was even worse this time around. You don’t often see a team last as long as New Day did and even less frequently do they have that kind of success. New Day may be the most successful trio of all time and a lot of that was due to how much they care about each other. That was on display here and it was great to see.

What do you think of New Day? What is next for all of them? Let us know in the comments below. 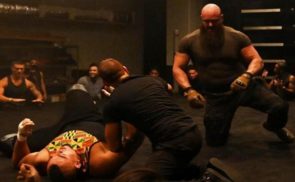 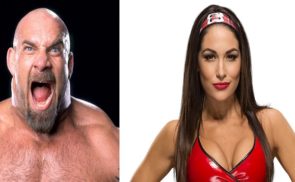