The biggest story of the week in professional wrestling has undoubtedly been the events that occurred on Raw this past week. Sasha Banks and Naomi were not happy with the creative direction of their characters that evening, left the Women’s Tag Team Championship belts on the desk of John Laurinaitis and left the arena before the show went on the air.

WWE addressed the controversy on Smackdown this week.

Right before the main event, Michael Cole said that Banks and Naomi “let us all down.” He would then explain what had happened on Monday night and said that the duo disappointed millions of fans and their fellow superstars. Cole concluded by saying that Banks and Naomi have been suspended indefinitely and that an upcoming tournament would determine the new WWE Women’s Tag Team Champions.

You can see the entire announcement below:

Sasha Banks and Naomi have been suspended indefinitely. There will be a future tournament to crown the new WWE Women's Tag Team Champions. pic.twitter.com/8xhJe0l5bV

And there you have it. The fact that Cole did this on the air let me believe that Banks and Naomi will be back. If there was bad enough blood between all parties, the company would’ve simply swept this under the rug and dismissed the pair on WWE.com, wishing them the best in their future endeavors. Once things settle down, the duo will be back, and this incident can be used in a storyline. 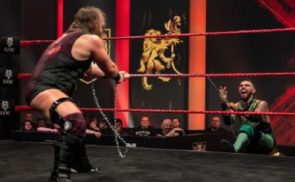 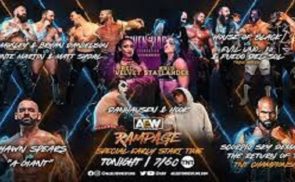