They’re the new ones. AEW has come a very long way in a short amount of time and a lot of that has been due to the roster of wrestlers that the company has put together. The company has a mixture of established names, up and comers and legends who combine to make quite the roster. They always need fresh blood though and that was the case this week with two surprises.

This week’s edition of AEW Dynamite featured two first round matches in the Owen Hart Foundation tournament. Each match included a Joker, or wild card entry. First, the men’s Joker was revealed as Johnny Elite, better known as John Morrison, who lost to Samoa Joe in his AEW debut. Later. Maki Itoh made her return to AEW as the women’s Joker in a loss to Britt Baker. There is no word on if the two will be regulars in AEW going forward.

Opinion: For a couple of possibly one off appearances, there were worse ways to go. What mattered here was offering some surprises and these two didn’t many many people’s radar. Elite is someone who could be put onto the card in a few places while Itoh is more a one off name who belongs as a special moment rather than a regular. Either way, it was a nice way to go in both cases and I could go for it again.

What do you think of the Jokers? Who would you have had in the spots? Let us know in the comments below. 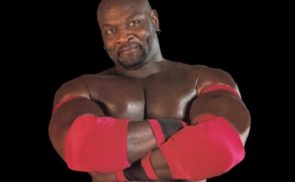