Matt Hardy Reacts to How He Was Written Out of Impact

With Matt and Jeff Hardy being gone from Impact Wrestling and adjudicating the tag team titles, it was now up to the creative staff with the promotion on how to properly write them out of the storyline. On Thursday night, Impact did so by showing the Hardys use the Vanguard1 to teleport, thus disappearing. The next frame showed The Decay with the Impact Tag Team titles, with Abyss saying that “it worked” as Rosemary stating that the Hardys “have now been deleted.” A pretty short, but sweet way to take them out of the promotion.

Here’s what Broken Matt Hardy had to say himself about the angle:

What is this CHICANERY?

No being can teleport without being in direct contact with the INCOMPARABLE @Vanguard1AAR, #AnthemOwlMen. https://t.co/TJUjeEUNP9

As always, I will bring LIGHT.

I have asked @Vanguard1AAR to upload the actual footage from the @cwfmidatlantic #EXPEDITION.

It does look like Hardy–who recently inked a deal with ROH–is going along in some way with the angle, albeit with some back talk, as nothing else would make sense. Whether or not this was part of their creative deal with Impact coming into play, the tweets could be an indirect stab at the company, whom he possibly has a legal battle brewing with over the pending trademark he has on the Broken gimmick. While he asserts that he has ownership of the gimmick as per his contract, Impact contends that all IP created during their tenure is owned by the company. 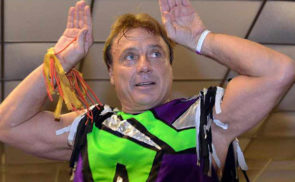 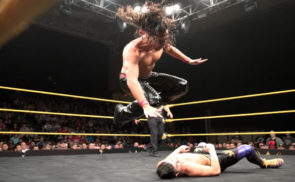