Once in the business, always in the business. That is definitely something that you can prove true, as wrestlers always stay infatuated with the industry from youth through the rest of their lives. Granted there are always exceptions, but this is usually the case.

So when one of the major brands show up in your backyard, you’re definitely going to be in attendance. And given your status within the industry, you’re bound to find yourself backstage at some point.

This is exactly what happened to Ted DiBiase, Jr., last weekend, as there was WWE Live Event on Sunday in Jackson, Mississippi, close by to where he lives. In attendance, he made his way backstage and found himself snapping photos with some of the new blood, including rising star Natalya.

DiBiase, 32, notably left the WWE in 2013, opting not to renew his contract. The son of Hall of Famer Ted DiBiase Sr. was a rising star in the company at the time. The reasons he cited for leaving the company was not liking the person he was becoming by being in the injury, and forgetting his direction during his pursuit of fame and fortune. He is now working with an organization that helps wounded veterans.

While he has stayed out of the business since, it still seems he has fond affection for it still. 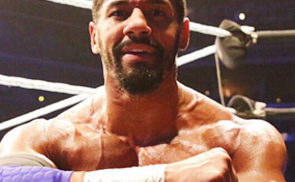 Here’s an Update on Darren Young’s Injury on Monday 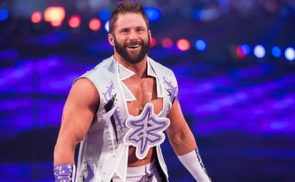