There have been much rumors spreading abroad concerning the COVID-19 (Coronavirus) pandemic that has affected the entire globe over the past several months. Last Thursday, a decision was expected to be made on whether WrestleMania 36 will be cancelled as a result of several states shutting down activity such as school and many jobs as a result of safeguarding people from potentially being affected. At the end of the meeting between Vince McMahon and Tampa Bay officials.

Still after this meeting, there was still some ambiguity on whether the biggest, highest revenued (in the United States) WWE event of the year will continue as expected. Just this weekend, FOX 13 Tampa Bay reported that the Hillsborough County commissioner Les Miller said he probably will have to “pull the plug” on the event if WWE does not make the decision to do so.

At Hillsborough Emergency Policy Group meeting, Commissioner Les Miller says #Wrestlemania36 plan is to wait a week and see if WWE postpones on its own: https://t.co/7HUqUN0oDa

Jim Ross, working for Vince McMahon for decades, believes that the “Showcase of the Immortals” will not be cancelled, and the show will indeed go on.

“I don’t think it’ll [be cancelled],” Ross stated on his recent Grillin’ JR podcast. As to why he does not believe it will be cancelled, Ross stated, “it would be a huge loss for not only the WWE financially but also for fans that are planning on going and making it a part of an annual excursion or there first WrestleMania ever. WrestleMania is a major event and that’s an understatement obviously, but it’s a major event from the standpoint that many other companies use WrestleMania as a source of creating new revenue. It could be detrimental to a lot of companies, but knowing the wrestling mantra as I do, I don’t think it’s going to be cancelled” (h/t Wrestling Inc. for the transcription).

Ross added that although Raw and SmackDown ticket sales are not going very well, WrestleMania tickets are still selling well despite the COVID-19 scare. Although JR feels that the pandemic could affect the audience in attendance, the impact that WrestleMania being cancelled would have on WWE is why he does not believe it will be. 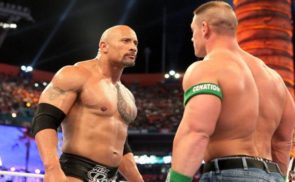 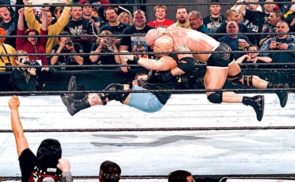