Former NXT talent Jordan Myles, better known outside of WWE as ACH, has quit professional wrestling. After quitting WWE due to a controversial blackface design that was scheduled to be launched for his t-shirt, ACH was soon picked up by MLW to compete at the Opera Cup event which occurred on December 5. ACH teamed with King Mo to defeat Injustice faction members Kotto Brazil and Jordan Oliver.

However, despite feeling relieved for leaving WWE, this still was not good enough for ACH. Continuing his high inclination to express his feelings on Twitter, ACH posted that he is done with wrestling due to the backlash from the fans.

“I hate pro wrestling. I hate you shi*y fans that think you know it all! More importantly I hate the snakes in this industry. None of y’all would never say anything about me to me. All of y’all can go screw yourselves. I’m canceling my shows AND I’m quitting pro wrestling.”

He added, “Chasing my dream was great, but you self entitled pricks ruin EVERYTHING. I’m out.”

He has received an enormous level of backlash from Twitter users regarding a response to a tweet geared towards him. A fans stated (originally in Spanish), “I supported you from Mexico and it’s a shame to see how crying and fragile you turned out to be besides irresponsible.”

Gaspard responded, “On that note shut the f*k up. If all you can do is bad mouth & talk down people and the business after people have gone out of there way to understand & help you then f*k off. Talent gets you so far in life, but it’s obvious your character is one of an attention [seeking] a** who wants [sympathy] while burning others. Grow up and understand the world doesn’t revolve around you. This business as well as life doesn’t cater to one individual, so either suck it up and do something or shut the f*k up, cause this bipolar crying sh** is getting old.”

Gaspard had more to say about ACH’s tirade.

“The amount of us who have tried to help as well as support is abundant. At some point personal responsibility, integrity, & Commonsense has to come into play. [Crapping] on fans, the boys, & the business has nothing to do with illness. It has everything to do with character.”

I discussed the ACH wil Gaspard’s tag team partner, JTG, which you can view below.

Regarding ACH, JTG stated, “he’s just hurt right now. As a man, you’re going to have to learn how to control your emotions. And that’s something I had to learn to do. When you’re mad and upset at the time, you gotta take a deep breath, step back, look at the whole situation, and just reevaluate the whole situation.” 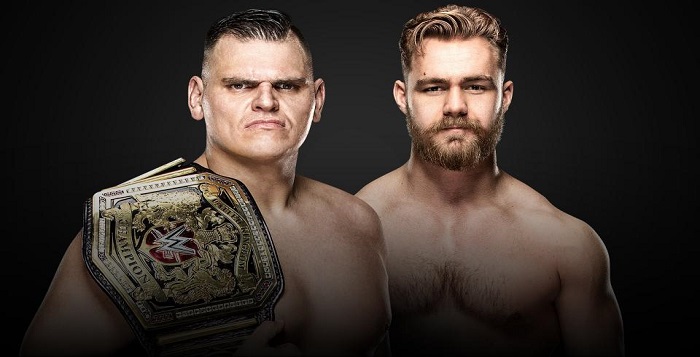