Elias Sampson has been featured on NXT for a few months now. He’s been booked a heel, but it’s tough to tell if his heat is because of his character or if the NXT Universe is genuinely unimpressed with the gimmick.

Either way, he’s a solid young talent with some good ability, but he may have hit a bump in the road and could be the latest wrestler to catch the injury bug.

According to a report from Wrestlinginc.com, The Drifter of NXT was working with NXT superstar Andrade “Cien” Almas before his debut at NXT Takeover: The End during a match in Nashville, Tennessee.

The two men went to perform a flapjack or a stun gun, but he suffered an injury to his left leg that has yet to be determined as minor a serious injury.

The referee threw up the “X” sign when Sampson was unable to put any weight on his leg, and he was helped backstage after the match was cancelled.

Hopefully, the injury is minor, and he’ll be back sooner rather than later. His run in NXT thus far hasn’t been great because the gimmick isn’t truly over with the audience, but Sampson has some ability and could find another niche to get over with the NXT Universe.

Do you think Elias Sampson could develop into a WWE Superstar? 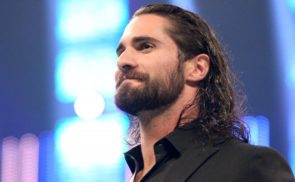 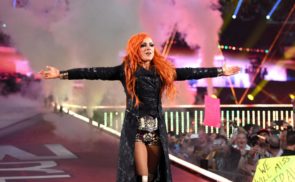