Daniel Bryan fulfilled the “I” section of the Dennis system to perfection after his retirement earlier this year. He was forced to retire due to his history with concussions and Brie Bella sooner followed him after Wrestlemania.

Since then, he’s been avoiding WWE and getting on with his life, which is completely understandable. It can be much easier to stay away rather than stick around, especially for an athlete with so much left in the tank.

However, NXT held their first round of television tapings after Takeover: The End and it’s now being reported by DailyWrestlingNews.com that Bryan was backstage during the tapings.

Apparently, he was just visiting the locker room, some people, and watched the show from the gorilla position, but the rumor mill is a funny thing, and many people are wondering if there was anything more to it than that.

Although he left abruptly, Bryan is still a member of the WWE family, and he left on very good terms, and the only thing stopping the two parties from doing business is Daniel Bryan.

Do you think Daniel Bryan should become a trainer at the WWE Performance Center? 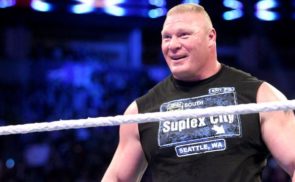