Yes, again. Sometimes in wrestling, just like in life, you run across someone who can’t keep things straight in their lives. No matter how many talents or abilities they have, they cannot get out of their own way. This can lead to a variety of issues, including legal problems, many of which can pile up in a hurry. That is the case with one of the most prominent names of the 1990s.

Back in the 1990s, women were treated a little bit differently in wrestling. There were always women who took their in-ring work seriously, but several of the women were treated as eye candy. That worked out very well for both the wrestlers and their companies though, as they made a fortune, which was made even better if the wrestlers had the personality to back it up. Some of them certainly did, but one of the bigger names is now better known for one bad headline after another, with the latest taking place this week.

According to PWInsider.com, Tammy Sytch, better known as WWE Hall of Famer Sunny, was arrested at some point in the last few days on charges of:

*Operating a Motor Vehicle during a second license suspension.

Sytch, 47 years old, is incarcerated in the Monmouth County Correctional Institution in Freehold, New Jersey. This is the latest legal issue for Sytch, who is on parole after over a year in prison for a variety of charges, only being released on February 25, 2020.

Sytch certainly has a history in WWE. Check out some of her better moments:

Opinion: I’m not sure what there is to say about something like this as it just does not seem like things are getting any better for Sytch whatsoever. It takes a lot to get in more trouble less than five months after getting out of prison when you were in for a year, but that seems to be the case here. Maybe things can get better in the future, but it seems to be a long shot at this point.

How good was Sytch in wrestling? How big of a star is she all time? Let us know in the comments below. 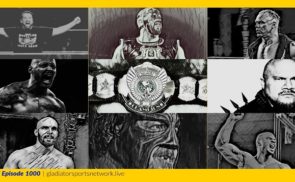