There’s more to it than that. Over the last year, WWE fans have been allowed to see a side of the Undertaker that no one has ever been able to see before. After decades of being the most closed off wrestler of the modern era, the Undertaker allowed the curtain to be pulled back, showing us a completely new side of him. This has been one of the most interesting things WWE has offered in a long time and they aren’t done yet.

Over the course of a few months, WWE released the five part Last Ride documentary series, showcasing a behind the scenes look at the Undertaker as his career seemed to wind down. At the end, Undertaker more or less announced his retirement from the ring, with WWE confirming his status after the final episode aired. It seems that Undertaker is done in the ring, but we are not done seeing him just yet.

According to WWEnetworknews.com, WWE will be airing a new episode of the Last Ride series, titled Tales From The Deadman, on Sunday, July 19. The episode will feature extra content that was edited out of the first five episodes of the series. The show will air on the same day as the Extreme Rules pay per view. There are no other details about the show, including the length or specific content.

It was a heck of a series. Check out some of the original shows:

Opinion: Works for me. The series itself was such a big deal that WWE would be crazy to not try and get everything they could out of the material they had. That’s one of the major perks of shooting such a documentary: you can cobble together a little more, as this will basically be a collection of deleted scenes. The more you get to see of such a thing is good for both the fans and WWE, as it isn’t like we will be seeing anything else from Undertaker for the time being.

What did you think of the series? Will Undertaker ever wrestle again? Let us know in the comments below. 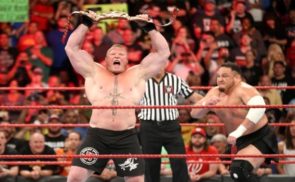 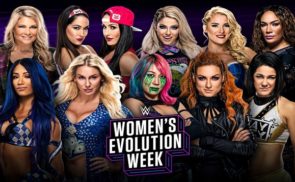