Maybe they have a plan. With less than three weeks to go before WrestleMania 38, WWE has a few spots left to set up for the card. This includes some bigger names who are still waiting for something to do at the show. WWE has turned this into one of the bigger stories on Monday Night Raw, but this week they might have been dropping some hints about where things are going.

The main event of this week’s Monday Night Raw featured Seth Rollins vs. Kevin Owens for the right to interview Steve Austin at WrestleMania. Rollins lost, again leaving him with no path to WrestleMania. However, commentary seemed to hint at Cody Rhodes as Rollins’ opponent, with Corey Graves saying that Rollins’ hopes and been dashed and saying that his WrestleMania dream had become a WrestleMania nightmare. These terms both connect to Rhodes’ nicknames and Rhodes vs. Rollins has been rumored as a possible WrestleMania match. WWE has not many any specific reference to Rhodes so far.

Opinion: This match is looking more and more likely every week and that is not a terrible thing. I’m not sure how big of a deal Rhodes’ return would be, but at least it would put an end to Rollins’ story of not having a path to WrestleMania, which has been a bit much to take. I could go for Rhodes vs. Rollins, if nothing else for the sake of seeing what Rhodes can do outside of AEW again.

What do you think of the idea? What do you see Rollins doing at WrestleMania? Let us know in the comments below. 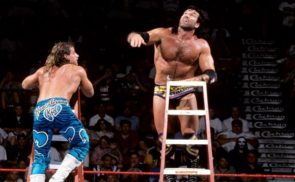