That’s the next stop. There are several WWE pay per view events in any given year and some of them have been on the calendar for a long time. While some of the shows take place every year, it might be in a different month in any given year. That can make for some surprising changes, and now one of the company’s signature shows is going to be taking place in a different way.

According to F4WOnline.com, this year’s WWE Tables, Ladders And Chairs event is likely to take place in Saudi Arabia. The event would be taking place in September, which has a slot for a yet to be announced pay per view. The show has never been held in Saudi Arabia, though WWE presented the Elimination Chamber in the country earlier this year. WWE did not hold a Tables, Ladders and Chairs show in 2021.

Opinion: Sure why not. It isn’t like this is one of the biggest shows of the yar so throwing it into Saudi Arabia mix is a fair enough idea. WWE has to present events in Saudi Arabia, so why not take care of one of its traditional events at the same time? It makes sense and the crowd should be hot for it since they haven’t seen something like it before. That’s a good idea and it makes a lot of sense.

What do you think of the move? What do you see on the card? Let us know in the comments below. 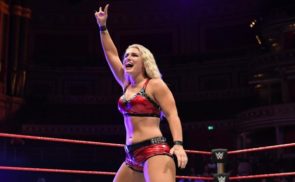 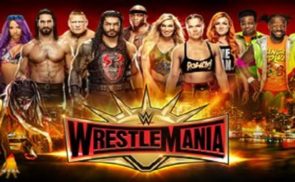 REVIEW: WrestleMania 35: All The Good Feelings