He’s really good at that. WrestleMania 38 is this weekend and one of the biggest stories of the two days will be Steve Austin returning as a guest on the Kevin Owens Show. This comes after Owens has spent weeks talking trash about Austin, as well as impersonating him on Monday Night Raw. It turns out that once wasn’t enough and Owens had another trick up his sleeve.

WWE has released a video from before this week’s Monday Night Raw showing Owens putting his own spin on a classic Austin promo. The original promo, which is spliced in with Owens’ version, features Austin coming to Dallas, Texas and listing off a variety of things that he is going to do. Owens’ version talks about how he too is coming to Dallas, but he will not be doing those things. The Kevin Owens Show with Austin as his guest is expected to close out WrestleMania Saturday.

This was pretty awesome. Check out Owens’ version, plus the original: 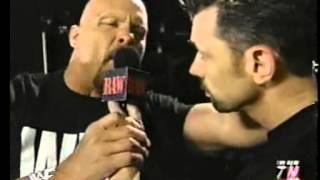 Opinion: I have been more interested in this segment than anything else on the WrestleMania card and that is both exciting as well as telling. What does it mean that Austin, who has not wrestled in almost twenty years, is one of the most interesting parts of the entire WrestleMania card? Hopefully they knock this out of the park, but given the way the crowd is likely to react, what they do probably won’t even matter that much.

What do you think of Owens’ imitation? How will the segment go at WrestleMania? Let us know in the comments below. 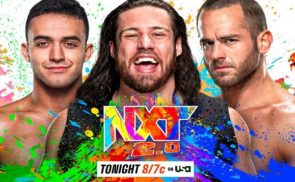 Welcome Back? WWE Bringing In A Surprise Big Name For WrestleMania Weekend