Put it on the list. There are certain things that Vince McMahon does from time to time that seem to boggle the mind. McMahon has a long history of seemingly making up rules for things that he does not like, just to get them to go away. One of the most frequent is over the things that commentary is allowed to say on WWE broadcasts. The list of banned phrases seems to have grown again.

According to Wrestling Observer Radio, McMahon has now banned the term “non-title” from WWE programming. This was evident this week on Monday Night Raw, as Mustafa Ali faced the Miz and United States Champion Theory in what was described as a “non-title champions contenders” match. There is no word on why or when McMahon decided to make the change, but it seems to be the new rule at the moment.

Opinion: This is as McMahon as it gets, as he is well known for making somewhat random changes just based on whatever whim he happens to be having. That doesn’t make it any better or logical, but at least McMahon does seem to make up his mind. The problem here, as usual though, is how awkward the new term sounds, as no normal person would talk that way. That has been a problem in WWE for a long time now and it seems to be the case again.

What do you think of the new term? What is the strangest banned term in WWE? Let us know in the comments below. 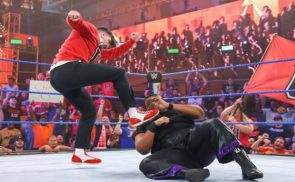 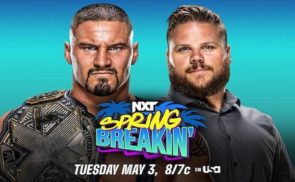