That’s a heck of a trick. There are a lot of perks that come with being a professional wrestler, but having a lot of free time is not one of them. Wrestlers are not able to spend a lot of time doing things that are unrelated to wrestling and that makes a professional life more complicated. This is especially true when it comes to relationships with someone outside of the business. A WWE star has found a way around that, but it is still not the easiest concept.

A fan recently asked Rhea Ripley what AEW’s Buddy Matthews had that she didn’t have. Ripley responded by saying “me”, suggesting that Matthews and Ripley are in a relationship. So far, Matthews has not made any comment on his possible relationship with Ripley. Matthews was released by WWE on June 2, 2021 and he made his AEW debut on February 23, 2022.

Opinion: I’m not sure if Ripley and Matthews are together or not, but it was a great response to the fan without being overly rude. Ripley still seems primed to become a major star in WWE and Matthews still has a lot of potential. If they are together and make each other happy then good for them, as not many people are able to find something like that no matter what they do.

What do you think of the two of them? Which has the brighter future in wrestling? Let us know in the comments below. 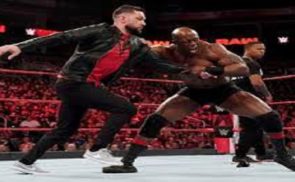 Update On WWE Releases (And It Isn’t A Good Thing)