I’m almost looking forward to this show in a way and that should make for an interesting enough week. They’re starting to do something a bit differently around here as you see wrestlers debut here before moving up to the main NXT show a week or so later, making this a glorified preview show. Let’s get to it.

Chen goes for an armbar to start but gets taken to the mat for some easy riding. This prompts a discussion of pretty much any main roster story the fans can think of to avoid talking about the match.  Back up and Chen starts working on the leg to put him in a bit of trouble, including some cranking on the mat. A backslide gives Kemp two but Chen is back with a spinning toehold. The Ric Flair cannonball down onto the leg is countered into a rollup for two and Kemp is back up with a running shoulder. The running powerslam finishes Chen at 5:13.

Miller is returning from two months off due to an injury and Grace is better known as the daughter of Santino Marella. Miller takes her down with a headlock to start but eventually gets powered down into an armbar. Said armbar keeps Miller down on the arm as we move on to a discussion of the main roster Women’s Titles. Back up and Miller hits a running kick to the chest, only to get small packaged to give Grace the pin at 5:15.

Bodhi Hayward is here with Chase. Quincy shoves him into the corner and gives us a hip swivel, followed by a crushing in another corner. Chase swivels his way out of a waistlock but gets run over again, meaning even more swiveling. Back up and for some reason Chase tries a slam, earning himself another knockdown.

The big splash doesn’t even warrant a cover before Quincy hits a side slam for two. Chase fights up and manages to stagger Quincy, setting up a high crossbody. The spelling stomps set up a failed sunset flip attempt, but Chase grabs the leg to break up more swiveling. A slam finishes for Chase at 6:19. 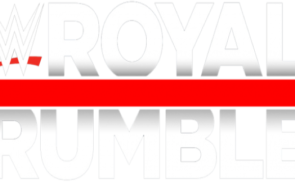