WATCH: John Cena vs. John Laurinaitis From Over the Limit 2012

Another heel turn. WWE has posted a new video to its YouTube channel, in which they show the full match between John Cena and John Laurinaitis from Over the Limit 2012. The Big Show made his return and turned on John Cena to give Laurinaitis the win.

Clad in a sheen jumpsuit, emblazoned with the hollow words “People Power,” Laurinaitis sulked to the ring like a man headed down the green mile. From the get-go, the match unfolded like a televised mugging as the General Manager was relentlessly contorted and battered by Cena, who took slow pleasure in manhandling the General Manager—at one point dumping a garbage can full of arena swill over Big Johnny’s head and cooling off the shame-faced GM with a fire extinguisher.

Throughout the main event humiliation, the Cenation leader toyed with his prey, finding unique ways to torture Big Johnny. Cena even locked Laurinaitis in the STF for a 10-second burst of brutality while the passionate WWE Universe elatedly counted along. Not that the GM could hear the shouts—moments earlier, Cena deafened him with an eardrum numbing “ding” from the timekeeper’s ring bell.

Even when Laurinaitis briefly mounted a comeback by grabbing a steel chair, he paid the price when Cena drove the hunk of metal right into “Mr. Excitement’s” face.

Suffering indignity after indignity, Johnny finally launched his best strategy of the night: a fleet-footed retreat over the barrier. More than once, though, Cena dragged the wretched WWE EVP of Talent Relations back to the ring. But on his third attempt, Laurinaitis finally broke free and shambled toward the backstage area … only to run right into the paws of The World’s Largest Athlete.

Grins grew wide among the crowd as Big Show dragged Laurinaitis back to the ring. There, caught between the Cenation leader and The World’s Largest Athlete, the executive was clearly and finally done for. And then it happened.

In a stunning turn of events, Big Show, who had been publicly fired by Laurinaitis only days earlier, delivered a crushing blow to Cena as he hoisted the GM for a WWE-banishing Attitude Adjustment. Completely blindsided, Cena withered from the Weapon of Mass Destruction, which enabled Big Johnny to pin the 10-time WWE Champion.

People Power! I always thought that the storyline was underrated, and I loved Laurinaitis as an on-screen authority figure. Also, I’m pretty sure this marked the 7627th turn for The Big Show, so there’s that. 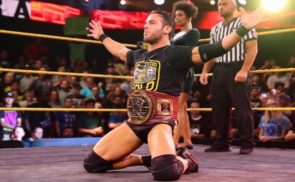 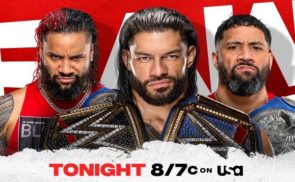