There’s a walking joke in there somewhere. This has been one of the busiest wrestling years in history with one huge story breaking after another. That can create some issues as what should be a major story is often forgotten as soon as another big one breaks. That was the case earlier this year when two wrestlers left WWE, but now they are doing something rather different.

Earlier this year, Sasha Banks and Naomi walked out on WWE, vacating the WWE Women’s Tag Team Titles in the process. The two have been rumored to return to WWE though the two have yet to appear again. While they did not wrestle, the two did appear at New York Fashion Week, walking the runway as models. There is nothing to suggest that the two were in any way announced as having any affiliation with WWE.

#NYFW Behind the scenes

Opinion: This is something that can give WWE some unofficial publicity, as the two are still going to be best known for their time with the company. If nothing else, it is nice to have the two still being in the public eye, as they do have skills outside of wrestling. I’m not sure if WWE is going to have them back, but it is good to see that they can do something high profile other than get in the ring.

Will Banks and Naomi return to WWE? Do you want them to? Let us know in the comments below. 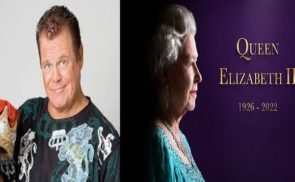