They’re doing something right. While the main focus of WWE is on television, there is a lot that takes place off of television that is only there for the fans in attendance. This is mainly the case with live events, where the wrestlers are able to try out some different things. It is also a place where the fans can tell WWE what they might be more interested in seeing, and that was the case again over the weekend.

According to PWInsider.com, a source at the SmackDown live events from over the weekend has never heard louder crowd reactions for Liv Morgan. In addition, her merchandise is said to be selling in high numbers at the same events. This comes after Morgan won the women’s Money In The Bank briefcase earlier this month and cashed in on Ronda Rousey to win the SmackDown Women’s Title. Morgan is set to defend against Rousey at Summerslam.

Opinion: Well good for Morgan. That is the kind of thing that you want to see as a wrestler and it is also great to see as a fan. Morgan’s title win is being built up as something special and WWE seems to be succeeding in their plans. I have no idea how far this is going to go for Morgan, but it is nice to see it working so far. If nothing else, WWE certainly needs some fresh blood in the women’s division and maybe Morgan can be just that.

What do you think of Morgan? How long will she hold the title? Let us know in the comments below. 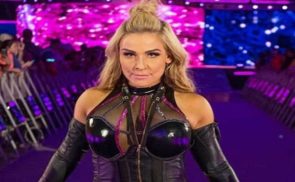 WATCH: Natalya Seems To Break Character At WWE Live Event (This Is Weird) 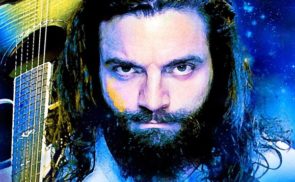