I think he has deserved it. There are certain wrestlers who have been in WWE for so long that they have become legends in their own time. As rare as these people can be, you know that you are seeing someone special, just due to how WWE treats them. That is the case again this week, as a legendary WWE star is getting some very special recognition as he reaches a milestone.

WWE has released a new video looking at the 20 Greatest Randy Orton Moments in honor of Orton making his WWE TV debut twenty years ago on April 25, 2002. The video includes various title wins, RKOs and segments from Orton’s career. WWE has also announced that there will be a special ceremony honoring Orton’s success on this week’s edition of Monday Night Raw. 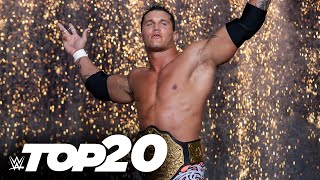 Opinion: Orton may not be everyone’s favorite but at the end of the day, he has been around for so long that he is one of the only constants in WWE over the last twenty years. He has more accomplishments than almost anyone in WWE history and now it is cool to see him reach this kind of milestone. Orton doesn’t even seem like he is winding down and I could go for seeing him for a long time to come.

What do you think of Orton? What is his greatest WWE moment? Let us know in the comments below. 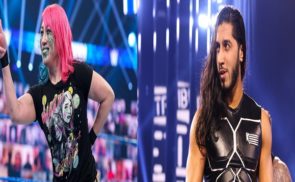 Double Time: Two Missing WWE Stars May Return To TV As Early As This Week