That’s just awesome. WWE has done a lot of things over the years and some of them might not be the most popular in the world. At the same time though, there are some things about them that will be hard to argue against. That is certainly the case when it comes to charity and WWE has done some great things in the area over the years. They are doing it again for the holiday season.

Over the last few months, Roman Reigns has become the top star in WWE all over again. For the first time in a good while though, he is doing it as a villain and it is working remarkably well. Reigns is an evil monster on SmackDown at the moment and there is no reason to believe he will be knocked off anytime soon. There is another side to Reigns though and it was on display recently.

This is just cool. Check out what Reigns did:

WWE has released a video of Reigns delivering holiday gifts to the Arnold Palmer Hospital For Children in Orlando, Florida. Reigns delivered crates of toys and gifts to the hospital’s workers to give to the children, who he could not visit due to Coronavirus issues. The video was made as a collaboration between WWE and Hyundai, who helped to sponsor the delivery effort.

Opinion: I know the Hyundai sponsorship and how official everything looks might make things a little out there, but at the same time it’s all about getting something to kids who are in a hospital. This is great to see and Reigns, despite being a heel on television, comes off as someone who cares about being able to do something like this on a regular basis. Good for him and good for WWE for doing anything like this. 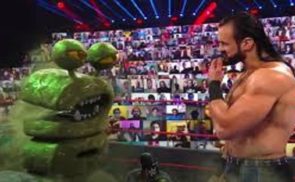