We’re back to the club and that means the Opera Cup is continuing. I’m not sure what we’re going to get here other than the second semifinal, but Alex Hammerstone is back after a few weeks off due to Contra. That seems to be your next big showdown and it needs more building, so let’s get to it.

Richard Holliday and Alex Hammerstone arrive and aren’t happy with being interviewed as soon as they get to the show. Some masked goons jump them but don’t get very far. Hammerstone is about to ram one of them into the car but Holliday stops Hammerstone because the car is in Holliday’s name. Hammerstone elbows him in the face instead.

Dao is TJP’s protege so TJP, along with LA Park, is here. Park points to the ropes to distract Dao (barely five feet tall) and kicks him to the rope, allowing Park Sr. to get in some cheap shots. A forearm doesn’t get Dao very far as Park hits what might have been a low blow. Dao is sent outside for the dive but Park charges into a boot back inside. A high crossbody gives Dao two, only to have Park hit an enziguri for the same. An Alabama Slam gives Park two, followed by a spinning Downward Spiral to give Dao the same. Park looks to load up a suplex but Dao reverses into a small package for the fast pin at 4:45.

We look at Low Ki advancing to the finals of the Opera Cup.

Tom Lawlor and ACH are ready for each other. Lawlor knows ACH is a great athlete while ACH knows Lawlor is a better grappler and traditional wrestler.

Simon Gotch has attacked Koto Brazil and forced him to retire.

Jordan Oliver wants to face Gotch to get some revenge, because Gotch isn’t going to outlast him.

Krugger runs them over to start as we hear that Hammerstone is being held back from rushing the ring. A running powerslam sends Starling into Heavy and a full nelson slam gives Krugger the double pin at 58 seconds.

Post match the Sentai Death Squad comes out to put Heavy and Starling in the body bags.

As the countdown ends, we hear that Hammerstone and Krugger are fighting in the back but we don’t have a camera on them.

We go to the Aztec Ruins where Salina de la Renta doesn’t understand how anyone could see her as a traitor. She is very powerful and has stared evil in the face. Every temple and arena have burned to the ground but MIL MUERTES is coming.

The Von Erichs want ACH to bring the Opera Cup home to Texas.

Team Filthy is here with Lawlor. ACH teases the striking to start before pulling him into the early grappling. A bodyscissors has ACH in trouble but he reverses into a waistlock. That is broken up as well so it’s a quick standoff until Lawlor takes him up against the ropes. ACH’s headlock on the mat is broken up in a hurry as Lawlor slaps on a headscissors, which is reversed back into the headlock.

Back up and Lawlor goes with the forearms to the face into the cravate with knees. Lawlor tries to go after the arm but settles for some elbows to the head instead. ACH gets two off a rollup and manages to get away for a rather needed breather. A backbreaker gives ACH two and he starts kicking away, which makes a bit of sense. Lawlor is right back with a suplex for two and it’s off to the armbar.

ACH gets caught in the ropes for some shots to the face but he’s right back up with some of his own. The slugout goes to Lawlor though as he tries a few rear naked choke attempts but some a few rapid fire kicks into a tiger driver gives ACH two two put them both down. It’s ACH up first for a frog splash but Lawlor gets the knees up and rolls ACH up for the pin at 12:29.

Lawlor says he is one win away from being on the list of Opera Cup winners. The first round was rocky, the semifinals were super, and now he’s ready to go undefeated against Low Ki to become king of the mat. 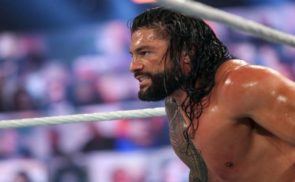 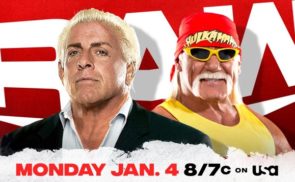