Keep the cameras rolling. NXT has come a long way in the last few years, with the last fifteen months bringing more changes than at any time in its history. The show now runs once a week on the USA Network, airing two hours in prime time. That is not bad given where they got started, though some things have stayed the same since the promotion’s inception. That was on display this week.

Not long after NXT started, their women’s division became a major focal point of the promotion and it has stayed that way ever since. The division has spawned a major change throughout all of WWE with the changes still being felt to this day. Even though NXT has changed quite a bit, they still push their women’s division, which was still the case this week as well.

You might remember her. Check out a little more of an NXT return:

WWE has released a bonus clip from this week’s NXT, showing the returning Mercedes Martinez attacking NXT Women’s Champion Io Shirai. Martinez returned during the show and took Shirai out, but the bonus clip shows Martinez screaming that she is back and promising that she is not done with Shirai. This was Martinez’s return to NXT after being part of Retribution on Monday Night Raw.

Opinion: This is the kind of thing that can give the women’s division a nice short term story. I can’t imagine Martinez actually winning the title, but there is just enough of a chance to make you believe that it is possible. Martinez is someone who feels dangerous and it keeps the bigger titles matches available for down the road. It’s a good thing to see and makes me feel better about what is coming up. 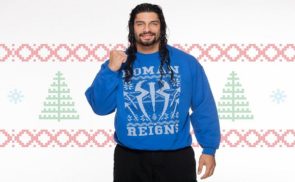