On a first name basis. One of the easiest ways to make a villain seem all the more evil is to give him a henchman of some kind. This could be anything from someone there to do the villain’s bidding to someone there as an enforcer to keep the villain safe. These things can do a lot of good for any heel, and now a new one has appeared to help boost a recently turned villain.

Last weekend at WrestleMania 37, Apollo Crews defeated Big E. to become the new Intercontinental Champion in a Nigerian Drum Fight. Crews himself suggested the type of match, which was inspired by his Nigerian roots. Over the last few weeks, Crews has revealed that he is the descendant of Nigerian royalty, which probably explains why he has a new enforcer.

Nice to meet you. Check out Crews’ new enforcer: 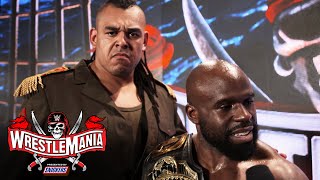 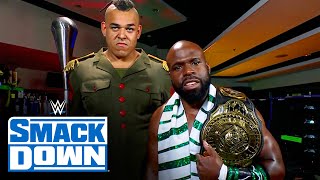 Crews officially introduced his new enforcer, Commander Azeez, during this week’s edition of SmackDown. Azeez was described as a former member of the Nigerian Elite Guard and the chokeslam that he used on Big E. at WrestleMania was named the Nigerian Nail. Azeez was formerly know as Dabba-Kato from Raw Underground, which took place last fall before being suddenly dropped, with Kato not appearing since.

Opinion: I could go for something like this as Crews is getting even deeper into his new character. Azeez is someone who could be a rather nice addition to the whole thing, including helping to keep the title on Crews even longer. The two were rather intimidating together so maybe they could be onto something with the whole thing. We’ll have to see where it goes, but they are off to a nice start. 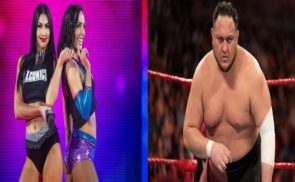 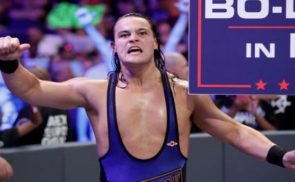