That’s certainly a way to go. There are a lot of ways to present a match to draw in the fans’ attention, though some of them are a little less conventional. Sometimes you will see someone doing something very different, which may or may not be the best idea. That was the case again this week, and thankfully it did not go nearly as badly as it could have given the danger included.

Over the weekend, former AEW star Joey Janela wrestled a match against Drew Parker at GCW’s Maniac event. During the match, Janela set his boot on fire for a superkick to Parker but was unable to put the fire out. Several bottles of water were thrown into the ring to douse the flames, which were eventually put out. Janela was burned, but there is no word on the extent of his injuries.

This is a different kind of injury. Check out what happened (contains some strong language):

Opinion: What do you even say to this? Janela burned his foot because he lit it on fire as part of a stunt in a death match. That is one of those things that sounds so dumb that it could only happen in wrestling. Thankfully Janela could have been hurt worse, but this is still something that went a lot further than it needed to. I’m not sure what Janela was thinking, but hopefully no one else things it too.

What did you think of the stunt? What is the weirdest thing you have ever seen in a wrestling match? Let us know in the comments below. 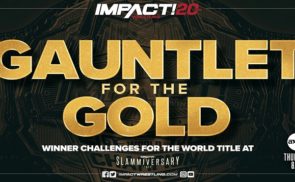