That could be a long one. There are all kinds of ways to write a wrestler off the shelf for more than a little while. One of the easiest ways is to have a wrestler suffer a storyline injury, which can get rid of a wrestler for about as long as you need. That was the situation this week as a SmackDown star was written off of television for what seems to be a pretty long time.

The opening match of this week’s SmackDown saw Solo Sikoa defeat Sheamus. Following the match, the Usos helped Sikoa crush Sheamus’ arm and elbow with a series of chair shots. During the show, commentary announced that Sheamus was taken to a hospital. After the show was over, WWE sent out a tweet, announcing that Sheamus has suffered a non-displaced fracture near his elbow. There is no word on when Sheamus will be returning to the ring.

BREAKING: Due to the attack earlier tonight by #TheBloodline, @WWESheamus has a non-displaced fracture near his elbow and is still under observation. #SmackDown

This was a big one. Check out what happened to Sheamus on SmackDown: 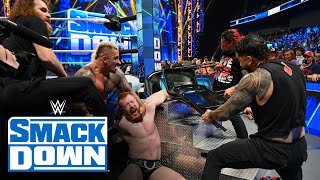 Opinion: I’m curious to see how this is going to go as I would not be surprised to see Sheamus gone until just before Survivor Series to come back and face the Bloodline in WarGames. The match is all but set up for the show if that is the way WWE wants to go but we’re still a bit away. Sheamus being gone is going to hurt the show a bit and now the question is what happens when he gets back.

What do you think of the injury? What should Sheamus do when he gets back? Let us know in the comments below. 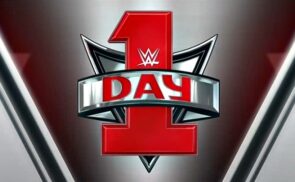