She has chops. There are a lot of pieces that go into being a professional wrestler but at the end of the day, it is mainly about being a performer. A wrestler has to go in front of the crowd and make them care about what is going on. That can be easier said than done, but it is clear that wrestlers have some talent for being center stage. That was the case again this weekend.

Over the weekend, WWE’s Alexa Bliss joined her husband Ryan Cabrera on stage at the Powell Festival in her hometown of Columbus, Ohio. Bliss performed part of Eminem’s Lose Yourself, with Cabrera joining her on guitar. Bliss has a bit of a history with music, including appearing in the music video for Bowling For Soup’s song Alexa Bliss, which is obviously named after her.

This was pretty cool. Check out Bliss on stage:

Opinion: While I don’t know if Bliss has a future as a musician, it was nice to see her getting up there and having fun like this. A lot of people have done karaoke before and it is never meant to be anything more than having some fun. That was what Bliss did here and she made it work, so well done for getting in front of that many people and doing something she enjoyed.

What did you think of Bliss’ performance? What is next for her in WWE? Let us know in the comments below. 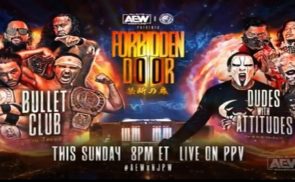 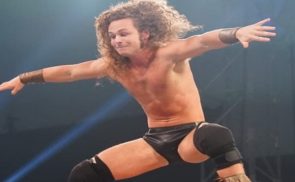 Believe It Or Not: Another Popular AEW Star Injured