He got the point across. The Coronavirus changed the way the world worked for a long time but things are mainly back to normal. What matters most is that the health issues and worries have mostly gone away, but it is also nice to see some of our old ways of life coming back. That includes wrestling, with one wrestler now being able to tell a story about the pandemic days.

Happy Corbin appeared on Mornings With Matt And Bob in Austin, Texas and talked about the upcoming Money In The Bank pay per view. Corbin also told a story about the 2020 edition, with the briefcase hanging above a ring on top of Titan Towers. During the match, Corbin threw Rey Mysterio off the top of the building, with Mysterio landing via a video edit. According to Corbin, the moment caused at least one fan to call 911 and say that Corbin had killed Mysterio.

Opinion: As ridiculous as it might seem, this is the kind of thing that makes wrestling seem more real. The fan bought into what they were seeing so much that they tried to do something about it. That is what a villain in wrestling is supposed to accomplish, though this was in less than traditional circumstances. Corbin has grown on me a bit in recent years, and that was a nice little piece of the puzzle.

What do you think of Corbin? Will he ever be WWE World Champion? Let us know in the comments below. 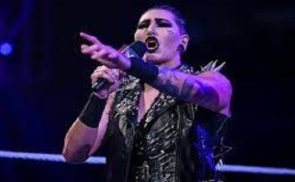 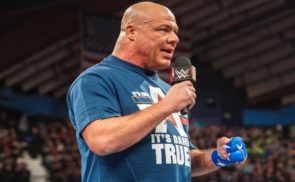