A special moment. We are coming up on the sixth anniversary of the WWE Women’s Revolution, which is one of the most important moves forward in modern wrestling history. The move changed the way that wrestling is presented and saw several new names reaching the top of the women’s division. Now we have another generation starting up and they got their own moment.

One of the biggest stories coming out of the last week has been the crowning of three new Women’s Champions. The three women’s singles titles in WWE have all changed hands over the last week, with the Raw Women’s Title, SmackDown Women’s Title and NXT Women’s Title all having new champions crowned. It turns out that it was a big enough moment that it needed to see a pretty incredible moment.

This was really, really cool. Check out what happened on NXT and the followup: 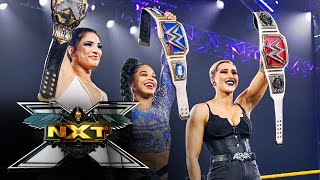 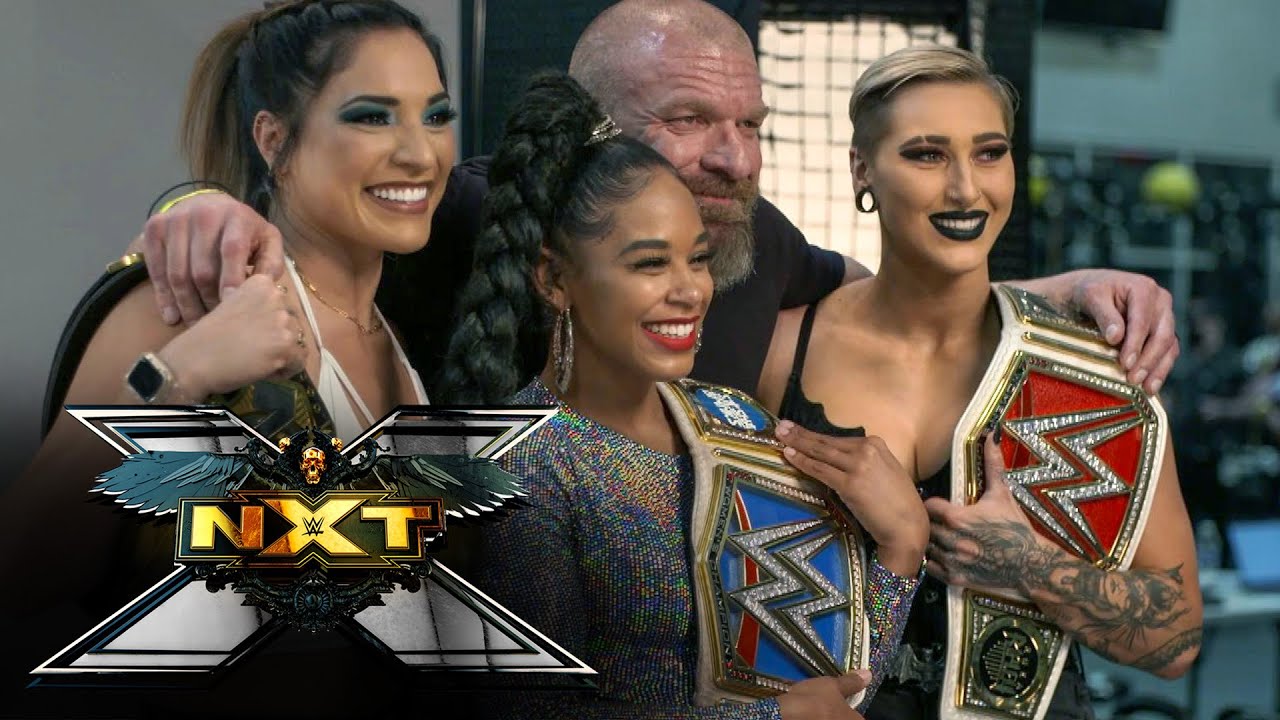 During this week’s edition of NXT, new NXT Women’s Champion Raquel Gonzalez was giving her first promo as champion when new Raw Women’s Champion Rhea Ripley interrupted. Gonzalez defeated Ripley in Ripley’s last NXT match. The two hugged, with new SmackDown Women’s Champion Bianca Belair joining them. The three, all of whom have wrestled in NXT, posed together, with a photo of the three from their NXT days appearing behind them.

Opinion: I loved this and it was one of the coolest things that I have seen take place in NXT, or anywhere else for that matter, in a pretty long time. This was a celebration of the three new champions and made them all feel like important stars who were leading WWE into the next generation. You don’t get to see a moment like that very often and it worked well here.

In addition to the future, it is also a great celebration of the past, as all three came from NXT and have become stars in their own right. Ripley and Belair are already on the next level and Gonzalez being there next would not be a surprise whatsoever. It shows that the NXT pipeline can work well, so maybe we can see someone new getting up on top and it could be rather amazing to watch in the coming years.