Now that’s just cool. There are a lot of different ways to present wrestling content and some of them are rather interesting. While the main focus is always going to be on the in-ring product, there are other things that can give you a very different perspective on the wrestling world. WWE is going to be trying something just like that in the near future and it looks pretty cool.

WWE has been around for a very long time now and that means they have an incredibly deep history. Some of the moments in their history are more well known than others and a lot of those are visual. Over the years there have been all kinds of wrestlers with various iconic imagery, but what happens to them when they are done? WWE is going to try to find that out.

This is a cool concept. Check out a trailer for their new show:

WWE has released a trailer for their upcoming Most Wanted Treasures series, which will debut Sunday April 18 at 10PM on A&E. The series will feature WWE legends going around the country to try and find various artifacts from WWE history. This includes things like the original Mankind shirt and the original Kane mask, with names such as the Undertaker and Mick Foley among the stars. Triple H and Stephanie McMahon will be hosting the series.

Opinion: This could be a really cool concept if it winds up working like it has the potential to do. There are all kinds of amazing artifacts throughout WWE’s history and going around to find them might be fascinating. I’m a bit worried about WWE running the series as you will see a rather simple version of the idea, but I’ll take what I can get with something that could be rather good. 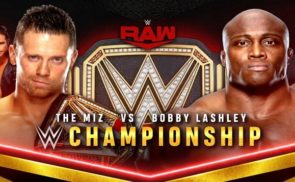 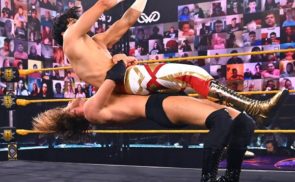