Let the carnage begin. Later this month, WWE will be presenting their annual TLC event, focusing on the traditional Tables, Ladders and Chairs match. This isn’t one that needs a lot of explanation as the idea is explained in the name. The point is a bunch of violence with a bunch of stuff and that’s what you’re going to get. It’s been the case for the better part of twenty years and that means it’s time for a flashback.

There’s no easy way through this one. Check out these crazy moments from the wildest match WWE has to offer: 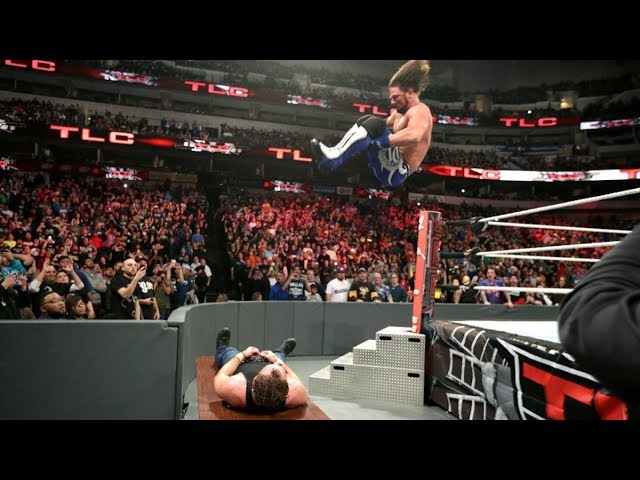 WWE has posted a new Top Ten Video looking at the Top Ten OMG TLC Moments. The video looks back at the match’s entire history, starting all the way back at Summerslam 2000 and running up through the most recent edition. Before the match was put on its own show, the match only took place every now and then, with several years taking place between some matches. Therefore, a lot of the moments are from the more modern editions.

Opinion: Well aside from getting the #1 spot completely wrong, not bad. TLC really isn’t the kind of a match that needs a lot of explanation. The match is all about carnage with people doing various violent acts to each other using props of varying degrees of impact. There are big dives and spots, but most of them work so well because of how strongly they’re built up. You can’t just do the big spots without setting them up and that’s where TLC usually does very well.

Which of these is your favorite? What did WWE leave off the list? Let us know in the comments below.

It Keeps Getting Bigger. New Match Added To TLC Card