Join the team. NXT is a unique place as it is both the official developmental promotion of WWE but also its own national television show. In recent years, the latter has become the far more important aspect as NXT has morphed into more of a non-WWE all star show. This has included a variety of wrestlers from around the world and now another former World Champion is back.

One of the most interesting things to see in wrestling is a surprise return. This can take place in a variety of ways and many of them can be rather interesting. One of the best is to have someone who has not been around in a long time just pop up, as it can take the audience by surprise. If the person has built themselves up while they were away, it can be even better. That is the case this time around.

You might not remember him. Check out the surprise NXT return:

Former Impact Wrestling World Champion Eli Drake made his return to NXT during the Takeover: Vengeance Day Kickoff Show. Drake insulted the three hosts and referred to himself as LA Knight, which he said in the same cadence as his Eli Drake name. There is no word on what Knight will be doing in NXT, though he implied that he would be an active wrestler. Knight wrestled in the WWE developmental system from 2013-2014 under the name Slate Randall.

Opinion: This is a big hit for me as I’ve been a Drake fan for a long time now. He is one of the best talkers in wrestling today and now has the resume to back up a lot of his hype. His in-ring abilities are more than fine enough because the talking is going to take him wherever he needs to go. I’m excited for this one and hopefully this winds up working out because the potential is all there. 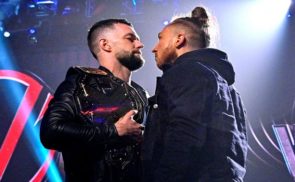 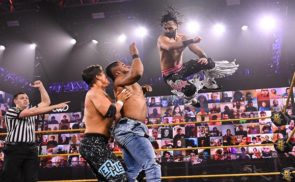