Take that boss! One of the most controversial issues in WWE as of late has been “Talking Smack’s” cancellation. The weekly show was one of the most entertaining with a mixture of interviews and comedy but it was allegedly canceled due to Vince McMahon not liking the way the show went. As it turns out though, there’s a bit of a rebellion brewing.

This week, Renee Young and Daniel Bryan released a first episode of a new show called “Smacking Talk”, released exclusively via Tout, the social media platform that WWE purchased a few years ago and barely used since. The video, featuring Chad Gable as their first guest, has been uploaded to Bryan’s Twitter account and here it is:

Opinion: Now that’s just plain brilliant. I really don’t know why “Talking Smack” just HAD to be canceled. It was popular enough and gave the fans something different to cheer for. I have no idea if this new show is going to return but it’s entertaining but at least they were having fun one more time.

Do you think “Talking Smack” will return? Did you like the new show? Let us know in the comments below. 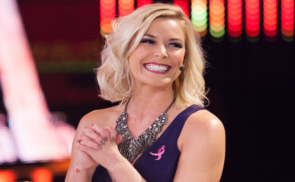 Renee Young to Work Both ‘Raw’ and ‘Smackdown Live’ Shows 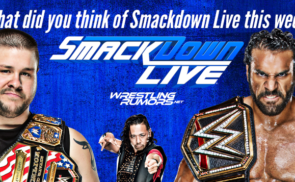