Update On The Contract Statuses Of AEW’s Top Stars

Stick around for a bit. While it has made quite the impact on the wrestling industry, the reality is that AEW has not been around very long. The company has only been active for a few years now, which means they do not have the longest history. They have yet to have to deal with some of their bigger names leaving, though now it seems that might continue to be the case even longer.

According to the Wrestling Observer Newsletter, the core of AEW’s roster signed three year deals, effective January 1, 2019. Those deals will expire on December 31, 2021, though Tony Khan will have an option to extend them for two more years. The Young Bucks’ option has already been exercised and wrestlers such as Kenny Omega, Cody and Brandi Rhodes, Chris Jericho and Hangman Page have similar deals. There is nothing to suggest that any of them will be leaving AEW anytime soon.

Those are some important names. Check out who will likely be sticking around AEW: 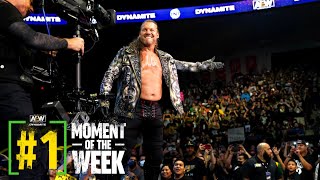 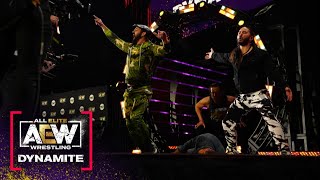 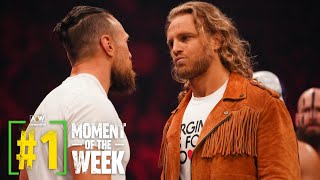 Opinion: I don’t think it’s any surprise that the core of the Elite is sticking around, but at some point AEW is going to have to make some decisions about some of their wrestlers. AEW has a rather large roster and it would not make sense to keep everyone. With so many wrestlers not around as often these days, some of them will likely be let go, or at least not renewed. That could make for some interesting choices, and those days are going to happen eventually.

What do you think of AEW’s main group? Who do you see not being renewed? Let us know in the comments below.

Two Soon To Be Free Agents Backstage At AEW Dynamite