What a combination. Over the last few weeks, the WWE’s new policy involving third party platforms has been one of the biggest topics in wrestling. The new policy sees WWE taking over control of the wrestlers’ Twitch accounts and claiming at least some of the money they bring in, but Twitch is not the only issue. Other sites were included and now WWE is promoting one of its wrestlers on another service.

As we approach Survivor Series, most of the focus is turning to the Undertaker and that should not surprise anyone. The show will mark thirty years to the day of Undertaker’s debut at Survivor Series 1990 and will serve as his Final Farewell. That is a special kind of moment and now WWE is going to be capitalizing on it in a special moment that you won’t see again.

WWE has officially announced that Undertaker is joining Cameo, a service that allows celebrities to record a message to be sent to someone else. There are only thirty calls available and the cost of each Cameo is $1000. Cameo is one of the platforms that WWE took over along with Twitch, as the company will control the accounts and wrestlers will receive a portion of the revenue they produce.

This is just strange. Check out some more Undertaker’s oddities:

Opinion: I’m still trying to wrap my head around Undertaker doing things like this but it’s cool to see him finally getting to cash in on all of the legacy that he has built up over so many years. That being said, $1000 per Cameo is rather steep and almost hard to fathom. There are going to be people out there willing to pay it though and if that is the case, good for Undertaker for getting a nice payday for something like this.

What is your favorite Undertaker moment? What would you have him say in a Cameo? Let us know in the comments below. 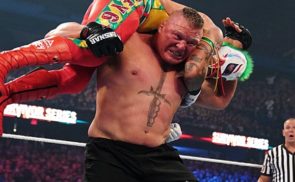