That got serious. Wrestling is built around the idea of storylines and it can be rather interesting to see just how these stories go. That is the kind of thing you see on almost every show and some of the stories can become rather excellent. Some of the best are often based in reality and that seems to be the case again with a story that we are seeing play out on television.

This week’s AEW Dynamite featured a promo from AEW World Champion CM Punk, where he called out Hangman Page, who did not appear. Punk mocked Page for not being there before moving on to talk about Jon Moxley. According to Fightful Select, there may be backstage heat between the two and Punk’s comments were not planned. This reportedly stems from Punk and Page’s promos against each other leading up to their title match at Double Or Nothing. Punk was said to not be pleased with what Page said and according to Voices Of Wrestling, Punk allegedly said that he would not lose to Page.

Also according to Fightful Select, while Page was in the building for the show, he was not going to be able to walk past Tony Khan and come to the ring, putting him in a lose/lose situation. The situation is said to have stemmed from comments Page made before his match with Punk, where he referenced Punk’s issues with Colt Cabana, as well as Page talking about Punk when Punk was not at an event. According to Sean Ross Sapp on Twitter, there was speculation that Punk would not show up to this week’s Dynamite or considered quitting AEW. However, this is pure speculation and not confirmed so far.

One source familiar with the situation said they believed there was a chance CM Punk wasn't going to show up at last night's episode of AEW Dynamite.

More on the situation, Moxley, Hangman, Punk and more on https://t.co/jy8u4a7WDa. pic.twitter.com/DS1X3Cxi4S

Opinion: If there is one thing you can almost guarantee when Punk is involved, it is something going wrong. There is almost always some kind of backstage drama and it follows him around almost everywhere. That being said, there is also every chance that this is some kind of elaborate storyline from AEW, as it has quite the Bret Hart/Shawn Michaels vibe from the 90s to the whole thing.

What do you think of the situation? Where do you see it leading? Let us know in the comments below. 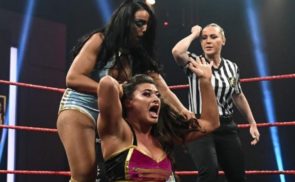 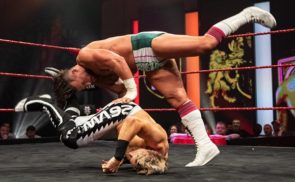