There goes the gold. There are a lot of titles in the wrestling world and some of them are rather prestigious. At the same time, you can find some titles which do not mean quite as much as they have not been around long enough to build up a history. That was the case with a newly established AEW Title, but after only a few weeks of existence, it has already gone away.

This week’s AEW Dynamite featured a ladder match to unify the TNT Title and the Interim TNT Title. Interim champion Sammy Guevara defeated Cody Rhodes to become the unified champion, kicking off his second reign. The interim title was created when Rhodes was forced out of a title defense against Guevara at battle of the Belts. As a result, Guevara defeated Dustin Rhodes for the inaugural interim title.

Opinion: This is a surprising result as I would have bet on Cody retaining the title here. Guevara winning the title back was a nice moment, especially after that kind of a performance in the match. They were both laying things in and it made for a very entertaining showdown. I’m not sure what is next for Guevara, but at least he is starting his reign off on the right foot.

What do you think of Guevara? How will his title reign go? Let us know in the comments below. 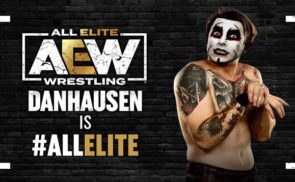 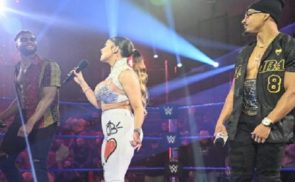 It’s A Gift For You: WWE Releases A Free Soundtrack