We took a little detour last week into the history of the women’s division but this time around we should be back to normal. Well, at least as normal as you can get while the company is on hiatus and we’re looking at the Best Of Ring of Honor. That could mean a few things, but odds are we’ll be seeing more of the recent stuff. Let’s get to it.

Narrator Ian Riccaboni welcomes us to the show, where we will be going back to Final Battle in December 2021.

Castle is defending and it’s one fall to a finish, with Castle bailing to the floor to walk into the crowd. Hendry gets taken outside so Young can send him into the barricade. Back in and Castle t-bone suplexes Young, meaning it’s time for a lap around the ring. Titus comes in for a quick rollup but gets sent outside for an apron flip dive from Young.

Hendry blasts Titus with a clothesline but gets belly to belly suplexed into the corner. Castle is back in with the Bang A Rang to Titus, who reverses into a cradle for two. Titus sends Young outside but Hendry pulls Titus’ high crossbody out of the air.

A double fall away slam sends Young and Titus flying so it’s Castle coming back in with a big smile on his face. It’s Titus coming back in and getting planted by a heck of a Hendry powerbomb. There’s the Bang A Rang to plant Titus but Hendry belts Castle in the face. Cue Castle’s friend Dak Draper to take Hendry down though, leaving Titus to avoid Young’s moonsault. The dropkick gives Titus the pin and the title at 8:51.

Jimmy Jacobs loved his time in Ring of Honor.

Christopher Daniels talks about his time in Ring of Honor and what it meant to his career.

Mike Bennett talks about how this is the big finale and he wants to remember it.

The Briscoes can’t sleep without having the Tag Team Titles. Over the years, the only team to get the better of them was OGK, so they’re coming for revenge and the titles.

OGK, with Maria Kanellis-Bennett, is defending. Mark powers Taven into the corner to start so Bennett comes in for the slugout. Taven is back in with a middle rope dropkick to put Mark down and the champs clear the ring in a hurry. Taven’s Flight of the Conqueror only hits Bennett though, allowing Mark to grab a chair. That means a big dive to take out both champs and it’s Taven in trouble back inside.

Bennett makes the save with an elbow to Jay for two as commentary even thanks Jim Cornette for his time around here. The tag brings Mark back in for Redneck Kung Fu, plus Redneck Boogie for two. Jay (already bleeding) can’t hit the Jay Driller as Bennett saves Taven and chops away. Bennett hangs Jay over the apron so Taven can hit a heck of a top rope splash for two back inside.

Taven Climaxes Mark but can’t cover, sending Maria into a half lap around the ring. The Briscoes send them outside for the big dives, setting up the Blockbuster off the apron to drop Bennett again. Back in and the Froggy Bow gets two on Taven, with Maria pulling the referee out. Maria gets dropped but it’s a Flight of the Conqueror Doomsday Device (dang) to drop Mark on the floor, setting up another near fall.

Hail Mary gets the same with Jay having to make the save. A quick Jay Driller sends Bennett rolling back to the floor but Taven hits Just The Tip on Jay. The top rope splash hits knees though and the Jay Driller gets two. The Doomsday Device gets the same as commentary is SCREAMING at these near falls. Another Jay Driller into the Froggy Bow gives the Briscoes the titles back at 15:36.

Post match respect is shown, with Jay thanking all of the fans.

CM Punk talks about his time in Ring of Honor and how special it was. It was a spirit that he loved and he will continue to foster it in AEW. 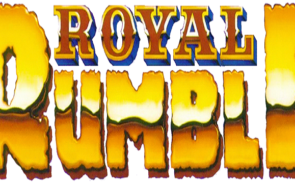