It depends on how high you can count. With Fastlane not that far away and the big news coming out of this week’s Monday Night Raw, it’s no secret that a Shield reunion and match could be in the cards. And really, why wouldn’t they be? The Shield is a big time act and if Dean Ambrose really is leaving soon enough, it’s not like WWE has a lot of time to set things up. But there is a detail to be set up first.

According to Post Wrestling, while a Shield match is all but confirmed for next month’s Fastlane pay per view on March 10, the question is whether or not the match will be a six man tag or an eight man tag. There is a chance that Braun Strowman will be added to the team against some combination of Baron Corbin, Drew McIntyre, Bobby Lashley and Elias. If it winds up being a six man tag, Elias would likely be the odd man out.

It looks like a reunion to me. Check out Seth Rollins and Reigns teaming up on Monday Night Raw: 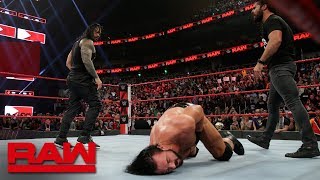 Opinion: Either of these would make sense as it would be a good idea to keep Reigns on the apron a lot so he can come in for some short bursts. It’s a common practice to have wrestlers coming back from injury appear in tag matches while they build their wind back up. Four months off is a long layoff and with Reigns already having health issues, this is really the only option they have.

Which kind of match do you want to see? What will Reigns do at WrestleMania? Let us know in the comments below. 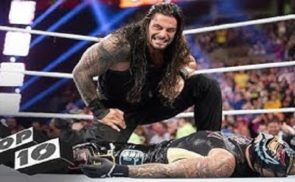