KB’s Review: On The SpeakOut Movement

I really don’t know what to say here. I’ve gone back and forth about whether to talk in depth about the SpeakOut moment a few times now and at the moment, I might as well see if I can get this stuff down. This is a different kind of story and not the thing that I can poke fun at or joke about because it’s a horrible situation and something where a lot of people were hurt. That isn’t something that you can talk about in a light sense so I’m going to try to look at it from a somewhat different way. This is going to be a little scatterbrained but it’s not like this is something that you can think about coherently for the most part.

First and foremost, since this needs to be clarified for some reason, of course the SpeakOut movement is a good thing. How could it be anything else? There is no reason for any of this behavior to be taking place and yes the people involved should be punished. This isn’t that complicated: if someone does something wrong, they should be in trouble for it. Their status in wrestling doesn’t matter because this kind of thing should not be happening, no matter what.

Also, at any time throughout this column, I am in no way suggesting that anything that happens to anyone is worse than what the victims went through. Anything involving “this is bad for” whomever or whatever is secondary to the people who have had to tell their stories in this whole situation. I am also in no way suggesting that they should not have come forward, because getting rid of these problems is more important than anything else.

While I won’t go into specifics of accused acts (that information is available and I’d like to be able to sleep at some point this week), I’ll mention some names who have been accused or even admitting to various things. The most prolific name seems to be Joey Ryan, who has been a top star on the independent scene for a long time now. Yes he is best known for one comedy spot, but he has turned that into a career outside of the mainstream, to the point where he could start his own fairly successful promotion.

That would be Bar Wrestling (and Chikara, which closed as I was writing this and is in the same situation), or at least it was as the promotion seems to have been closed this week. This is where the fallout from the situation begins, as (and of course secondary to the individual victims) now the wrestlers who did nothing wrong are out of a place where they can work.

I know Bar Wrestling wasn’t exactly Ring of Honor or Impact Wrestling, but it was a place where wrestlers could go and get a payday. It was something that could give wrestlers exposure and wrestling fans something to watch, but now that is probably not coming back due to the person at the top of the promotion. It’s a situation where the fallout is bigger than it might seem on the surface and that is not something that is going to make the wrestling business any better for anyone.

At the same time, look at how many wrestlers have been all but erased from their current promotions. They might be suspended or outright gone, but how much damage does that do to the other people who are earning a living there without doing anything wrong? Think there might be some fans who stop watching, or even just don’t watch as much of, a promotion who has lost a handful of wrestlers over this? It’s could be a huge hit to a lot of people around the wrestlers who did these things, making the problem even bigger than it seems on the surface.

That’s part of the future for the current generation of wrestlers, but what about the future? How many prospective wrestlers are going to hear about these stories and then turn down a chance to get into the business because they’re afraid of what might happen to them? I know there are going to be a lot of people who are going to get into the industry no matter what and that’s a great thing to hear, but there is a chance that some people aren’t going to want to get into it now. Wrestling is an industry that can always use more talent and losing even a small handful is not a good thing in the slightest.

It’s such a horrible message to see about the wrestling industry (or any for that matter). Wrestling has never had the best reputation in the world anyway and while it has come a LONG way in recent years, it isn’t like things are all better these days, even before all this took place. Wrestling is still a niche industry as even WWE, the undisputed king of the sport, is lucky to have a section in Wal-Mart. How many people still think it’s the same freakshow that they remember seeing thirty years ago?

Wrestling has done its best to male itself look more professional and in a lot of ways they have done just that, but then you see something like this and it’s another big step back. You can talk about the Wellness Policy and cleaning things up and making it more athletic based all you want. That’s all well and good, but wrestling does not have that strong of a reputation. Something like this breaks and it’s “of course they did, those people with their stupid fake nonsense”.

Then there’s the problem of where do we go from here. Really, how do you prove that something like this isn’t still taking place? This kind of thing was going on for years behind everyone’s back and it wasn’t well known, so how do we know that it isn’t happening again? That’s where things get even more complicated, because really, there isn’t much of a way to prove that it isn’t. You can say all you want that you have gotten rid of those people and opened up avenues to make it better, but what if those don’t work for the same reason the previous system (or lack thereof) didn’t?

It comes off as one of those signs you see in a factory: “X days since an accident.” You can not hear about something like this for weeks, months, or even years. Then what happens if you hear a similar story down the road about this kind of thing happening all over again for years at a time? Not only are we right back where we were before, but now it looks like the previous time since the last situation was all a big waste.

That’s where one of the biggest parts to the problem comes in: there is no cure or catch all for any of this because it isn’t something that happens in front of the public. There is no real way of knowing what is going on behind closed doors and as a result, you can’t police it unless someone finds out what is going on. That is a lot easier said than done as well, as look what it took for all of this to come into the light in the first place. Had it not been for the David Starr incidents, there very likely would not be such a movement whatsoever, which is hardly the best way to make something like this happen.

Wrestling is an industry just like any other. There are always going to be people in it who do horrible things to others, but that is not the main core of people involved. Maybe that’s me being an optimist, but I can’t bring myself to believe that the majority of people involved in wrestling (or almost anything for that matter) are so horrible and evil that they would be involved in something like this.

Just like any other industry though, the bad people can bring down a lot of things for the good. In less than a week, several names have been all but erased from the wrestling world, or at least from any prominent promotion where they were featured. Two companies have been shut down and there could be several more in the future. You never know how many more stories are going to come out in the days to come. That’s a scary time for wrestling, as this whole situation is hurting a lot of people who did nothing wrong in the first place, aside from having bad coworkers. 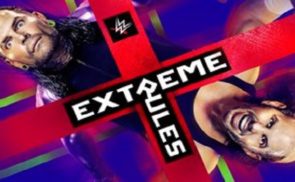