That’s a long time. There are very few athletes who came into professional wrestling and made the immediate impact that Ronda Rousey made. She debuted at the 2018 Royal Rumble and then headlined WrestleMania 35 the following year in a pretty historic match. That’s quite the resume in such a short time, but she has not been in a wrestling ring since. So when could we see her next?

It has been a long time since we have seen Rousey in WWE and that is quite the shame given how good she was in such a short amount of time. Ever since she left, fans have been wondering when or even if she would be back. Rousey has made a heck of a career for herself both in wrestling and mixed martial arts and might not need to come back, but when could she?

According to the Wrestling Observer Newsletter, Rousey would probably not be back in WWE until WrestleMania 37 at the earliest and even then it is no guarantee. Rousey is still under contract to WWE, but has not wrestled or appeared on WWE TV since WrestleMania 35. She has since said that she left wrestling in order to start a family with her husband Travis Browne.

I’d say she was a star. Check out some of Rousey’s short time in WWE:

Opinion: The longer she is gone, the less likely I think a Rousey return becomes. She was a huge star for a little while, but does she need to wrestle again? After making it all the way to the main event of WrestleMania, in a spot few believed possible just a few years before, it isn’t like she has much left to do. Rousey may be back in the ring one day, but I really wouldn’t bet on it at this point. 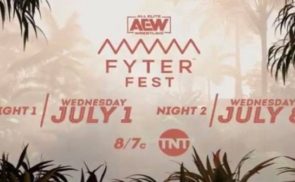